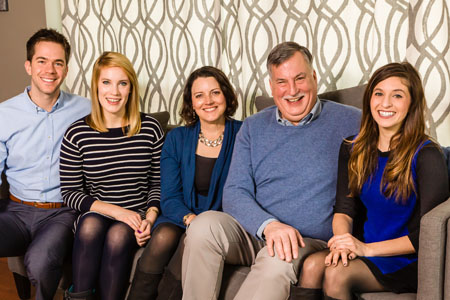 I'm a "Highland Parker by Choice". My wife Stephany and I moved to the Chicago area several years ago when her employer, Kraft Foods wanted her in Northbrook. We knew Highland Park was our home as soon as we saw it. Key to our decision was the wide variety of Park District facilities and the lakefront. Having lived in communities with mediocre park programs, I was quick to appreciate the power and possibilities of a community with an independent Park District structure.

As lifelong boaters, we gravitated to the lakefront. And over the past two years I played a major leadership role in building the coalition between the Park District and the City over the future of Park Avenue Beach. When boating was threatened, I helped create the "Friends of Park Avenue Beach". I led the effort to work with the Mayor, the City Council, the Park District Commissioners and both City and Park District staffs to reverse the decision to close the boating ramp. I received many accolades for this work.

It was this experience that convinced me that my background as a project manager was a unique advantage among the lawyers and others on the Park District Board and City Council.

While lawyers are trained in adversarial relationships, my entire career involved building coalitions, seeking compromise, looking for solutions and meeting deadlines. I believe this experience is why I was successful and why many residents of Highland Park have asked me to run for this position.

See Mike's Speech before the Ravinia Neighborhood Association on March 2, 2017.